Two years ago my sister and her family moved to Mexico City to work as missionaries for  LAM (Latin America Mission).  My two kids love their cousins and we skype with them every chance we get, but it’s just not the same as seeing each other in person.  So, this August, the kids and I embarked on our first international trip to see them in Mexico City!  Daddy had to stay home to work, but he drove us to the airport and walked me and the kids and all our suitcases into the airport. And thank goodness he did! I don’t think I could have managed all that chaos by myself. haha

I was really nervous about traveling by myself with the kids. Not that we hadn’t traveled many times before, but having all the extra baggage and carry-ons made the security check a bit of a circus.  We took our time, and managed to get through just fine.  The kids were really obedient and did everything I said.  They were great little travelers. 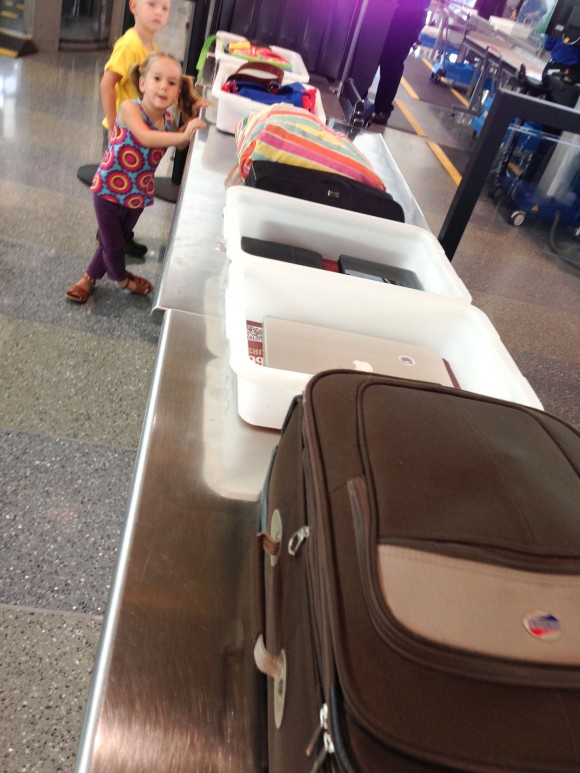 The flight was delayed so we had about three hours to kill. If I’d been traveling by myself I might have been thrilled to take a long nap while I waited. However, that’s not exactly possible with a two and four year old. Thank goodness for portable DVD players! yay :) 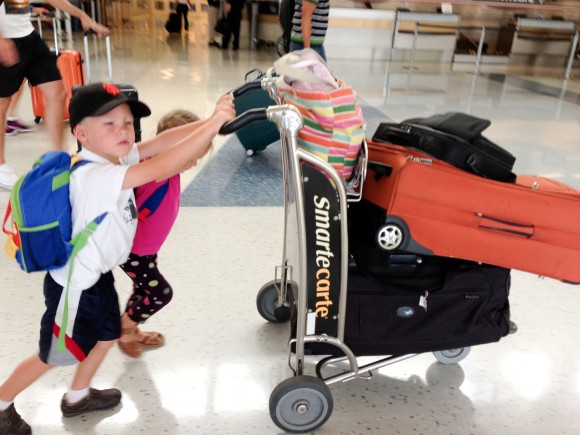 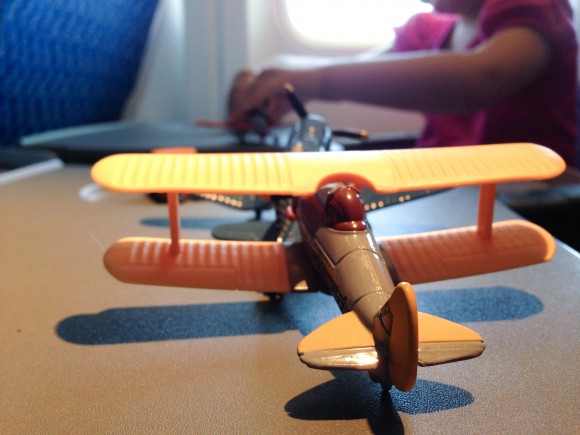 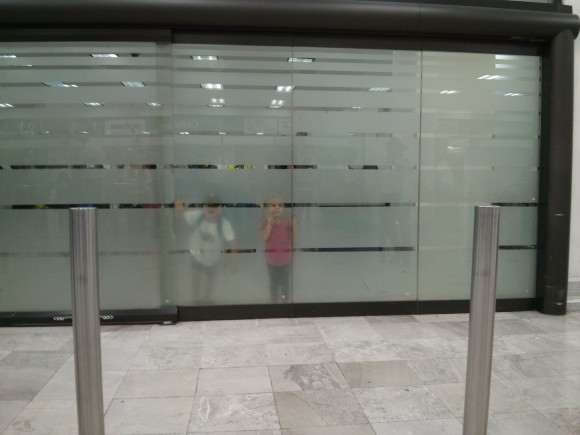 The kids had to wait behind this glass door while I had my suitcase checked at customs. They stood there peering at my sister and her kids and were so excited they could hardly stand it! 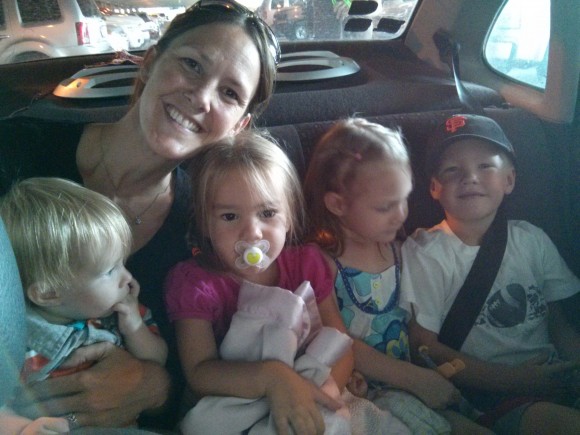 The whole family was there to greet us at the airport.  We all piled into the car and headed to Cuernavaca (which is about an hour and a half drive outside the city).  There we met up with some of Leah and Kevin’s closest friends to spend the weekend relaxing at a rural mini resort.  The place was a compound of sorts, surrounded on all sides by a beautiful brick wall with iron bars.  There were four stucco “cabins” facing in to a beautiful lawn area with a trampoline and pool.  There was a large outdoor eating area and outdoor kitchen where we cooked all our meals.  Because it was completely gated, the children were free to run around outside (which is completely impossible in the city). Jack made fast friends with anyone who would play volleyball or soccer with him.  It was really cool to see how easily he slipped into playing with the other kids, despite the language barrier. 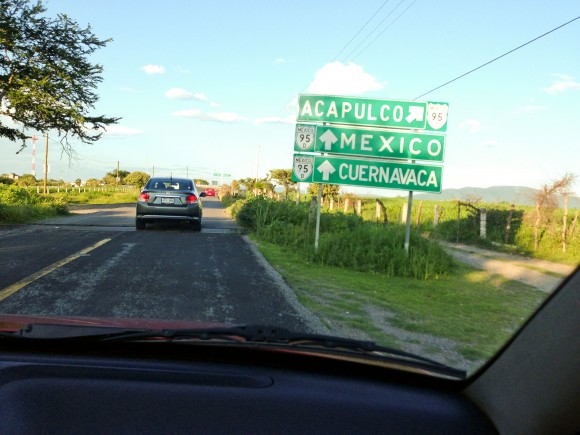 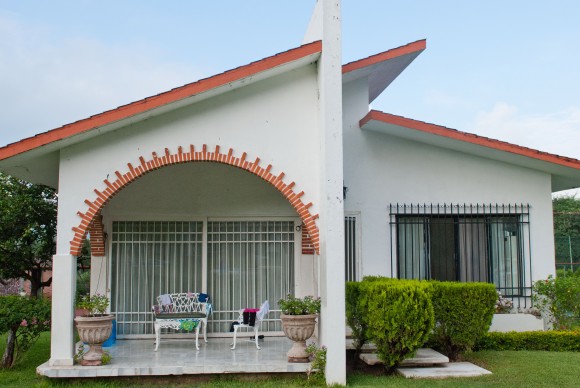 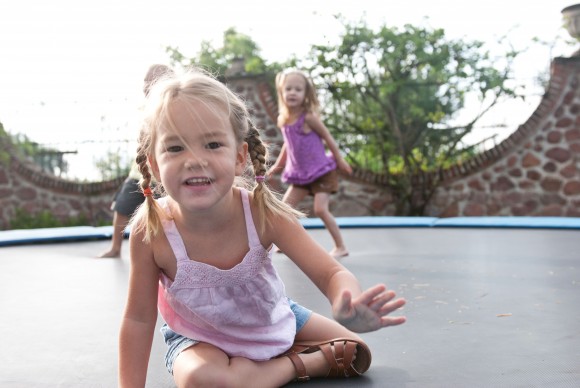 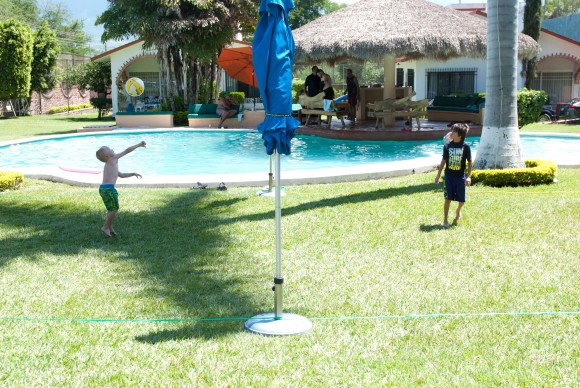 We were sad to leave our little retreat, but really excited to head back to the city to experience another part of Mexico.  Before packing up the last few things, the older girls had a  dance number to perform for all of us.  Eliana (on the far right) hopped right up there and joined in the dancing.  Jack and Emma looked on and finally asked to join them after the third of fourth song.  Emma cracked me up because she wanted to be up there so badly, but was way to shy to actually dance with the kids, so she just stood up there in front of them with a huge frown on her face.  ha! that’s my girl. she makes me laugh.  I had to keep taking pictures of the slow progression of her standing, then sitting and finally laying on the stage.  sigh. oh well. maybe next time :) 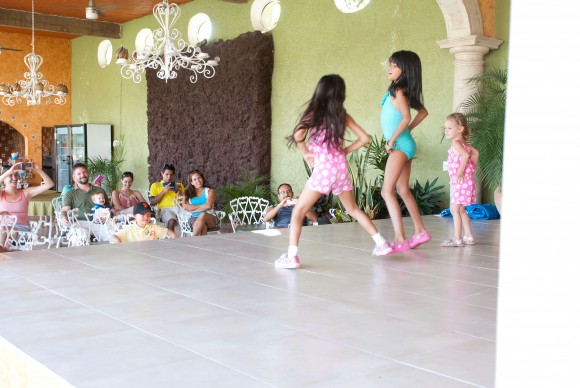 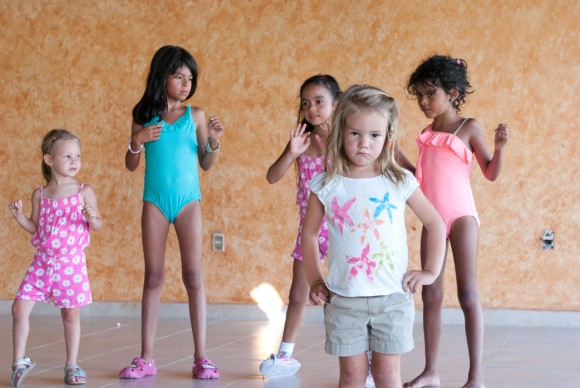 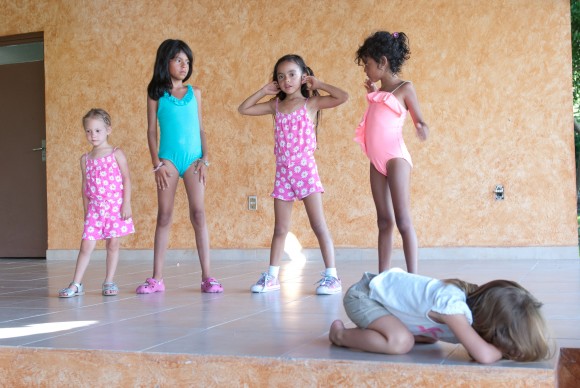 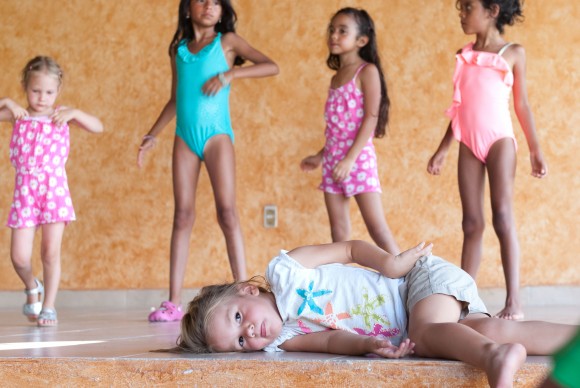 When we first arrived Emma had a much harder time overcoming her shyness to play with the other kids, but by the end of the weekend she was being led around by the other older girls, and letting them show her things on their ipad. It was so cute! 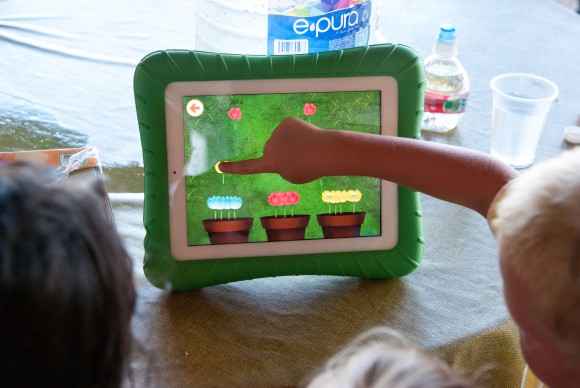 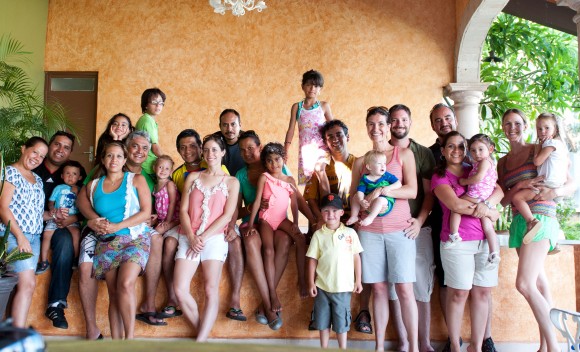 Here’s our whole group (minus one more family that left a little early).

On our way back to Mexico City, we stopped off for nieves  (which is kinda like a combo between shaved ice and ice cream). I loved how it was literally on the side of the road.  You’d never see something like that at home. 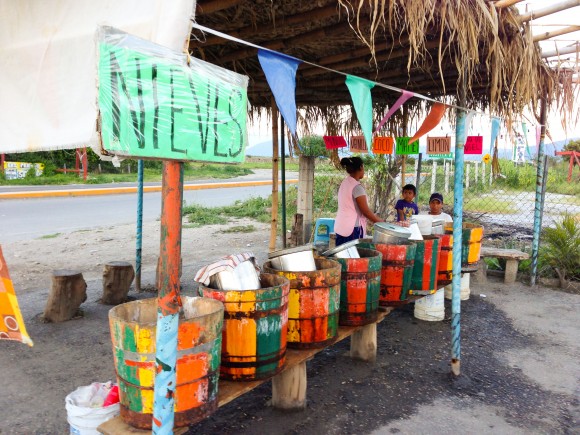 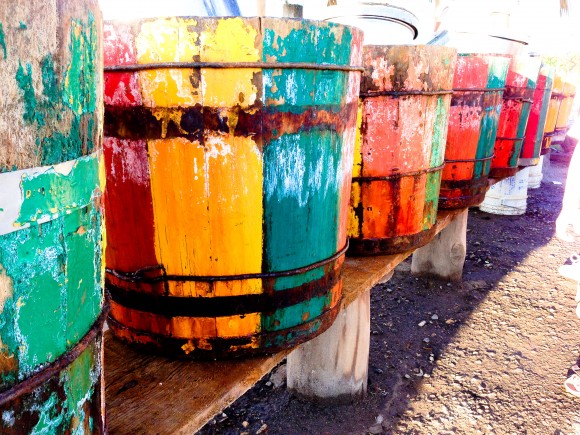 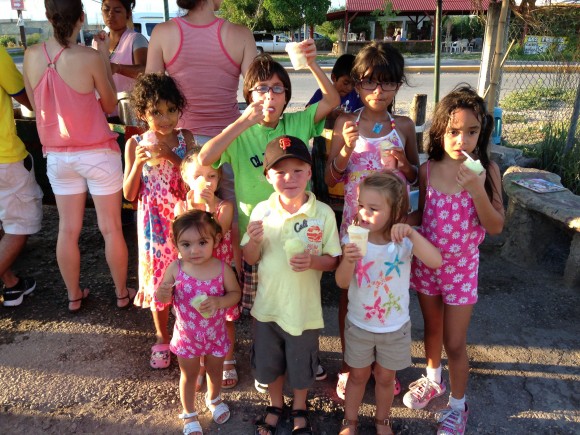 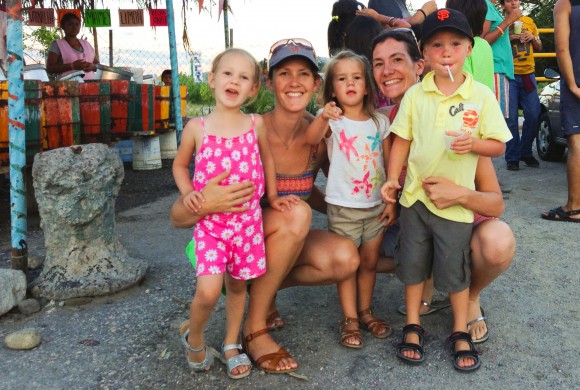 Right after we ate our nieves we hopped back into the car to drive home.  Unfortunately we ended up hitting a ton of traffic so instead of it being less than two hours it took over five!  And after nearly killing our clutch and almost running out of gas we arrived home just after midnight.  They were sleeping so peacefully in the backseat I had to snap a quick picture. 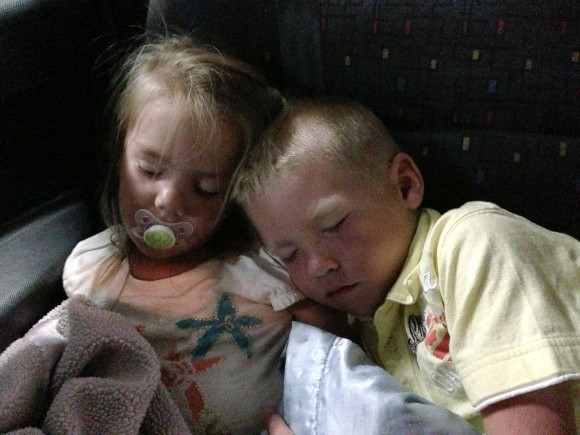 We survived all the adventures getting to Mexico and we had a great first weekend. I’ve had fun breaking out my Spanish after not using it for over 10 years (I was super afraid of saying something wrong, so it took a while to work up my confidence).  I definitely will have more compassion the next time I have to talk to a non English speaker back in the States because I now know what it feels like to be unconfident about saying the right thing.  The best thing to do is just give it a go and ask for help along the way.  Everyone was so gracious with me and probably did a lot more English speaking than I did in Spanish. Overall a very humbling experience.   The kids and I can’t wait to see what we’ll do next, stay tuned for more of our adventures in Mexico City!