Salt of the Earth Education

It all started about 2 months ago…

The tractor broke for the final time and my dad said there was no fixing it.  That was a big problem.  We use the loader tractor to do so many different jobs on the farm, and not having it was going to make all those jobs virtually impossible.  So then came the real problem, how much would another tractor cost?  Big sigh. Way too much.  What were we going to do?

That’s when someone suggested we try and raise the money to buy a tractor by doing a Kickstarter campaign.  If you’ve never heard of Kickstarter,  click here and it will explain in more detail exactly what it is, but in summary it’s a “crowd funding” company that helps you organize and raise funds for creative projects.  It seemed like a huge undertaking, and way too impossible, but the idea that it could help us raise money to help towards another tractor was too good to pass on, so we thought we’d give it a go!

The morning after we decided to start work on the Kickstarter project I woke up with an idea for a new song.  Now let me explain that this had become a fairly rare occurrence, so feeling thus inspired, I woke up with a start and began jotting down the words as they came.  By the time I came down for breakfast I had the first two verses and a chorus! I was just a little excited. Songs don’t often come to me that quickly, and when they do, it feels so special I just want to share it with the world (or at least everyone in the kitchen, haha). The first ones to hear my song were my parents, and they LOVED it! (of course they did, they’re my parents! haha).  When our friend Jon came over later that morning my parents asked me to play it for him and he loved it too.  That made me think I might be on the right track :)

The theme of the song is about passing along the love of farming from generation to generation.  About a year ago my husband and I moved our family back to the farm where I grew up, and I know how special it is to be passing along this lifestyle to my kids.  I loved that when I was a kid, my dad was right out the back door on the tractor, and I could go visit him anytime I wanted.  I watched my dad start his day before the sun peeked over the horizon, and finish his work as the skies filled with the setting sun.  His life as a farmer taught me what hard work looks like, and how important it is to rely on God’s grace to sustain us through all seasons of life we experience.  As I started writing this song about my dad, my childhood flashed before my eyes, and I saw in a  new way, just how special it was to be raised on a farm. 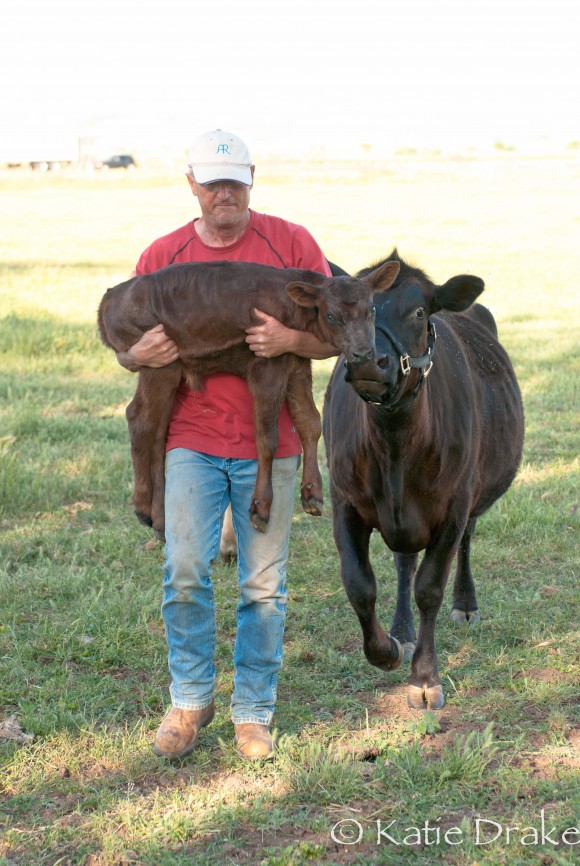 The beginning of the song came rather quickly, but in the end, it took me several weeks and tons of revisions later to finally get the song to where it is now.  I loved the writing process because it was me talking about my life, and what I’ve learned from growing up the way I did.  I love everything about the song, and I am so so thrilled to have a chance to share it with you soon!

We launched our Kickstarter Campaign May 19th, almost 2 months after the idea first came to us. The song I wrote fit so perfectly with the theme of our campaign we decided to make a download of the song one of the incentives for funding the project! I hope you take a second to check out the video and consider backing the project.  For just $5 you will get to have the download of “Generation to Generation” and support a sustainable multi-generation farm.   June 19th is the final day to fund the project, so check it out before it’s too late! :)  Thanks, Katie

← Back in the Saddle Again
Wedding Dresses →

2 Responses to Salt of the Earth Education